Starting in April of 2023 we will be making two changes to Amazon Simple Storage Service (Amazon S3) to put our latest best practices for bucket security into effect automatically. The changes will begin to go into effect in April and will be rolled out to all AWS Regions within weeks.

Once the changes are in effect for a target Region, all newly created buckets in the Region will by default have S3 Block Public Access enabled and access control lists (ACLs) disabled. Both of these options are already console defaults and have long been recommended as best practices. The options will become the default for buckets that are created using the S3 API, S3 CLI, the AWS SDKs, or AWS CloudFormation templates.

As a bit of history, S3 buckets and objects have always been private by default. We added Block Public Access in 2018 and the ability to disable ACLs in 2021 in order to give you more control, and have long been recommending the use of AWS Identity and Access Management (IAM) policies as a modern and more flexible alternative.

In light of this change, we recommend a deliberate and thoughtful approach to the creation of new buckets that rely on public buckets or ACLs, and believe that most applications do not need either one. If your application turns out to be one that does, then you will need to make the changes that I outline below (be sure to review your code, scripts, AWS CloudFormation templates, and any other automation).

What’s Changing
Let’s take a closer look at the changes that we are making:

S3 Block Public Access – All four of the bucket-level settings described in this post will be enabled for newly created buckets: 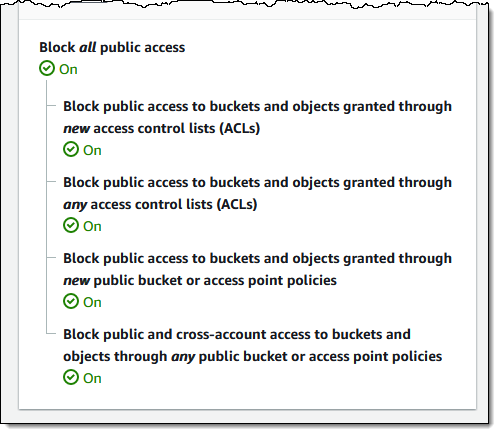 A subsequent attempt to set a bucket policy or an access point policy that grants public access will be rejected with a 403 Access Denied error. If you need public access for a new bucket you can create it as usual and then delete the public access block by calling DeletePublicAccessBlock (you will need s3:PutBucketPublicAccessBlock permission in order to call this function; read Block Public Access to learn more about the functions and the permissions).

ACLs Disabled – The Bucket owner enforced setting will be enabled for newly created buckets, making bucket ACLs and object ACLs ineffective, and ensuring that the bucket owner is the object owner no matter who uploads the object. If you want to enable ACLs for a bucket, you can set the ObjectOwnership parameter to ObjectWriter in your CreateBucket request or you can call DeleteBucketOwnershipControls after you create the bucket. You will need s3:PutBucketOwnershipControls permission in order to use the parameter or to call the function; read Controlling Ownership of Objects and Creating a Bucket to learn more.

Stay Tuned
We will publish an initial What’s New post when we start to deploy this change and another one when the deployment has reached all AWS Regions. You can also run your own tests to detect the change in behavior.

Amazon S3 turned 15 earlier this year, and Amazon EC2 will do the same in a couple of months. Today we are celebrating the tenth birthday of AWS Identity and Access Management (IAM).

The First Decade
Let’s take a walk through the last decade and revisit some of the most significant IAM launches: 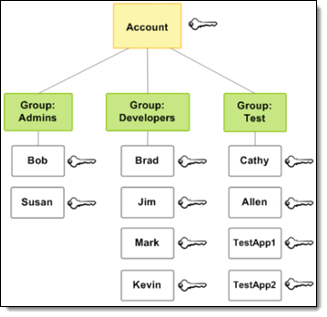 May 2011 – We launched IAM, with the ability to create users, groups of users, and to attach policy documents to either one, with support for fifteen AWS services. The AWS Policy Generator could be used to build policies from scratch, and there was also a modest collection of predefined policy templates. This launch set the standard for IAM, with fine-grained permissions for actions and resources, and the use of conditions to control when a policy is in effect. This model has scaled along with AWS, and remains central to IAM today.

August 2011 – We introduced the ability for you to use existing identities by federating into your AWS Account, including support for short-term temporary AWS credentials.

June 2012 – With the introduction of IAM Roles for EC2 instances, we made it easier for code running on an EC2 instance to make calls to AWS services.

February 2015 – We launched Managed Policies, and simultaneously turned the existing IAM policies into first-class objects that could be created, named, and used for multiple IAM users, groups, or roles. 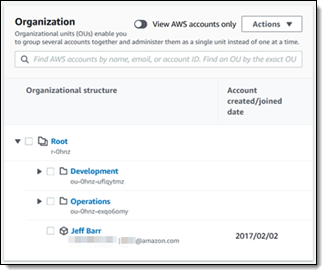 February 2017 – We launched AWS Organizations, and gave you the ability to to implement policy-based management that spanned multiple AWS accounts, grouped into a hierarchy of Organizational Units. This launch also marked the debut of Service Control Policies (SCPs) that gave you the power to place guard rails around the level of access allowed within the accounts of an Organization.

April 2017 – Building on the IAM Roles for EC2 Instances, we introduced service-linked roles. This gave you the power to delegate permissions to AWS services, and made it easier for you to work with AWS services that needed to call other AWS services on your behalf.

December 2017 – We introduced AWS Single Sign-On to make it easier for you to centrally manage access to AWS accounts and your business applications. SSO is built on top of IAM and takes advantage of roles, temporary credentials, and other foundational IAM features.

November 2018 – We introduced Attribute-Based Access Control (ABAC) as a complement to the original Role-Based Access Control to allow you to use various types of user, resource, and environment attributes to drive policy & permission decisions. This launch allowed you to tag IAM users and roles, which allowed you to match identity attributes and resource attributes in your policies. After this launch, we followed up with support for the use of ABAC in conjunction with AWS SSO and Cognito. 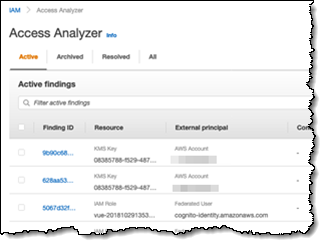 December 2019 – We introduced IAM Access Analyzer to analyze your policies and determine which resources can be accessed publicly or from other accounts.

March 2021 – We added policy validation (over 100 policy checks) and actionable recommendations to IAM Access Analyzer in order to help you to construct IAM policies and SCPs that take advantage of time-tested AWS best practices.

April 2021 – We made it possible for you to generate least-privilege IAM policy templates based on access activity.

Because every call to an AWS API must call upon IAM to check permissions, the IAM team has focused on availability and scalability from the get-go. Back in 2011 the “can the caller do this?” function handled a couple of thousand requests per second. Today, as new services continue to appear and the AWS customer base continues to climb, this function now handles more than 400 million API calls per second worldwide.

As you can see from my summary, IAM has come quite a long way from its simple yet powerful beginnings just a decade ago. While much of what was true a decade ago remains true today, I would like to call your attention to a few best practices that have evolved over time.

Multiple Accounts – Originally, customers generally used a single AWS account and multiple users. Today, in order to accommodate multiple business units and workloads, we recommend the use of AWS Organizations and multiple accounts. Even if your AWS usage is relatively simple and straightforward at first, your usage is likely to grow in scale and complexity, and it is always good to plan for this up front. To learn more, read Establishing Your Best Practice AWS Environment.

Users & SSO – In a related vein, we recommend that you use AWS SSO to create and manage users centrally, and then grant them access to one or more AWS accounts. To learn more, read the AWS Single Sign-On User Guide.

Happy Birthday, IAM
In line with our well-known penchant for Customer Obsession, your feedback is always welcome! What new IAM features and capabilities would you like to see in the decade to come? Leave us a comment and I will make sure that the team sees it.

And with that, happy 10th birthday, IAM!