The Wazuh security platform can identify if the software installed on your endpoints has flaws that may affect your infrastructure security, so it detects vulnerable software. In a previous post, we showed how to scan Windows systems to determine which vulnerabilities affect them, showcasing Wazuh integration with the National Vulnerability Database (NVD).

For this blog post we will focus on Wazuh support for Linux platforms, including distributions such as CentOS, Red Hat, Debian, or Ubuntu. Detecting vulnerabilities on these systems presents a challenge, since it requires integrations with different data feeds.

Wazuh retrieves information from different Linux vendors, which it uses to identify vulnerable software on the monitored endpoints. Here are some CVE (Common Vulnerabilities and Exposures) statistics from these vendors: 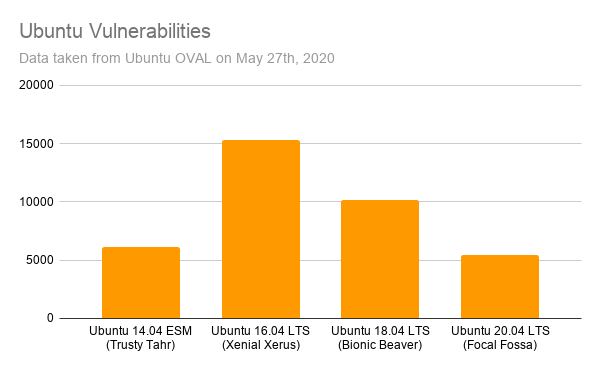 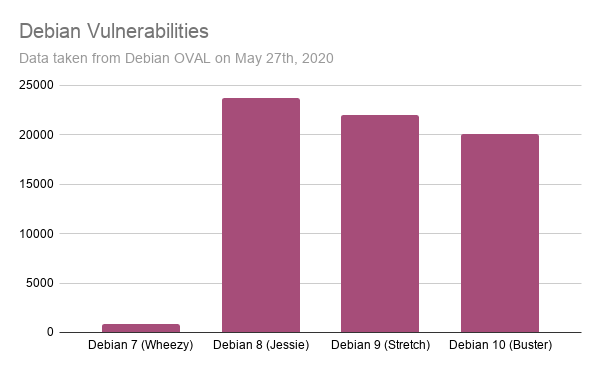 These charts expose the first challenge of vulnerability detection: data normalization. Wazuh not only pulls information from the different vendor feeds, but it processes the data so it can be used to identify vulnerabilities when scanning a list of applications.

The second challenge is that the vendor feeds only provide information about the packages published in their repositories. So, what about third-party packages? Can we detect vulnerabilities in those cases? This is where the NVD (National Vulnerability Database) comes in handy. It aggregates vulnerability information from a large number of applications and operating systems. For comparison with the Linux vendor charts, here is the number of CVEs included in the NVD database. 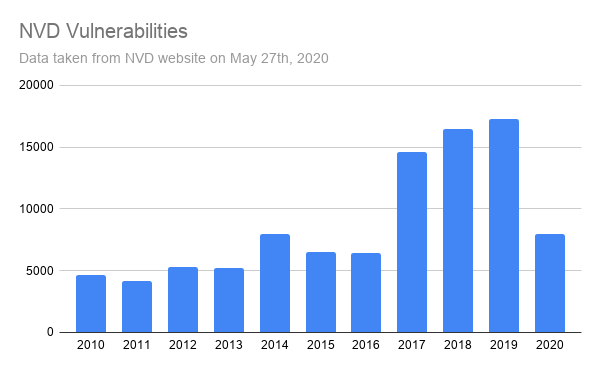 To see how useful the NVD data is, let’s see an example.

According to the NVD, this vulnerability affects the Intel(R) SGX SDK for Linux. More specifically, it affects all its software packages up to version 2.2.

In this case, the vendor website claims that the vulnerable versions of the package (the ones before version 2.2) can be installed on Ubuntu 16.04 and RHEL 7. Unfortunately, the Ubuntu and RHEL vulnerability feeds do not include this CVE . The reason, as expected, is that their repositories do not provide this software package.

At this point we wonder if the NVD includes this vulnerability. Which data feed should we trust? The answer presents another challenge for proper vulnerability detection: data correlation.

The next diagram depicts the Vulnerability Detector architecture. This Wazuh component has been designed to simplify the addition of new vulnerability data sources, so support for other platforms and vendors can be added in the future.

At first, the Vulnerability Detector module downloads and stores all vulnerabilities data from different sources. Then, it analyzes the list of software packages installed on each monitored endpoint, previously gathered by the Wazuh agent component. This analysis is done correlating information from the different data sources, generating alerts when a software package is identified as vulnerable.

To fully understand the process of data correlation, let’s see step by step what the Vulnerability Detector module is doing when analyzing a list of Linux packages.

Reviewing detected vulnerabilities in the UI

After the process mentioned above is completed, we can find the CVE alerts in the Wazuh User Interface. To see the details of these alerts, let’s take an interesting example: the CVE-2020-8835.

This is a Linux kernel vulnerability that affects the BPF (Berkeley Packet Filter) component and can be used to achieve local privilege escalation in Ubuntu systems. It was exploited during the recent Pwn2Own 2020 computer hacking contest, to go from a standard user to root. 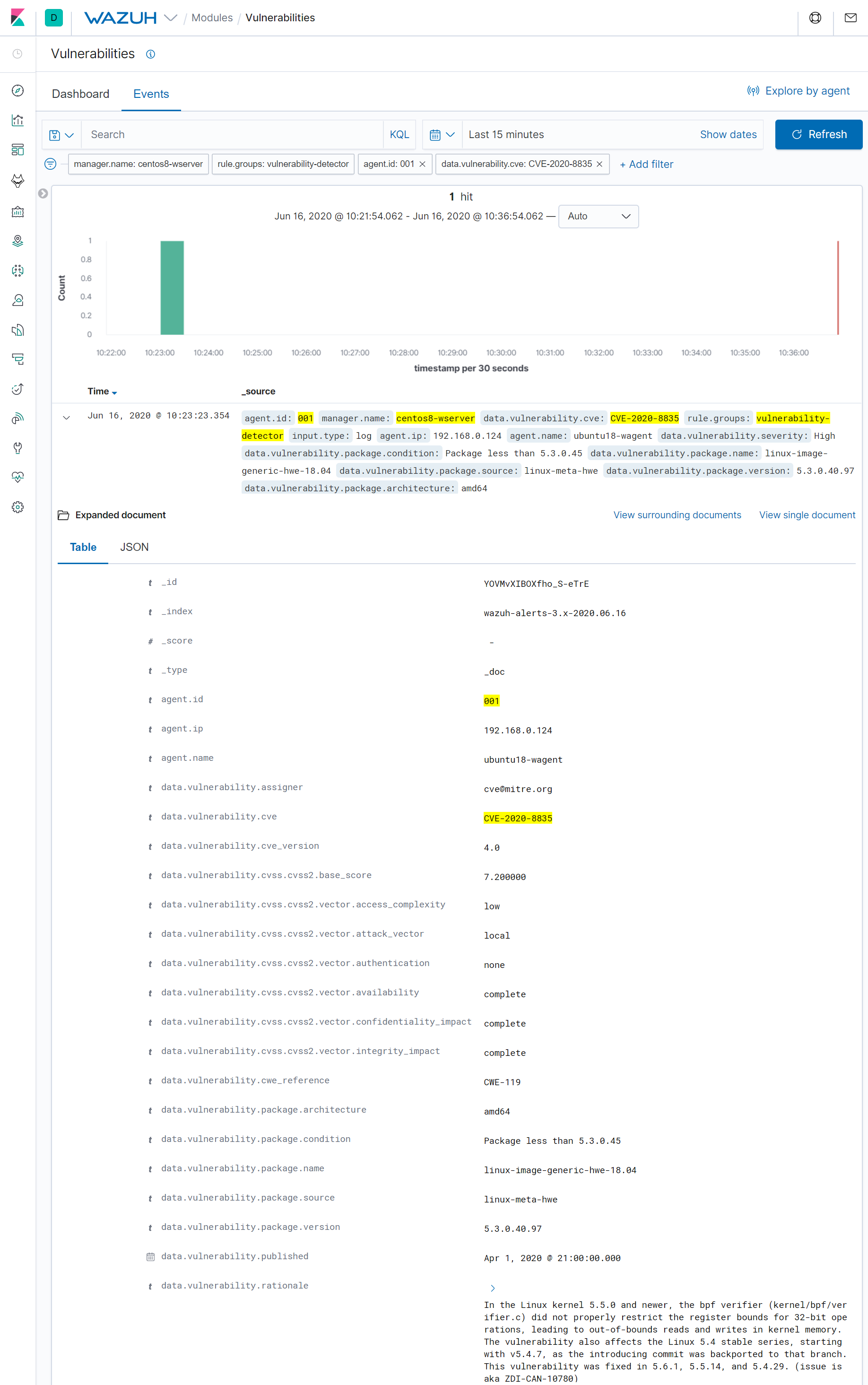 The correlation of the vulnerability data, provided by each Linux vendor and NVD feeds, gives Wazuh the ability to report known CVEs for software packages that are not provided by the official Linux vendor repositories. Besides, it shortens the detection time to the fastest CVE publisher and helps discard false positives. Finally, it enriches the data provided by the alerts, giving users more context around the detected vulnerabilities.

If you have any questions about this, don’t hesitate to check out our documentation to learn more about Wazuh or join our community where our team and contributors will help you.